Let's get the celebration on! 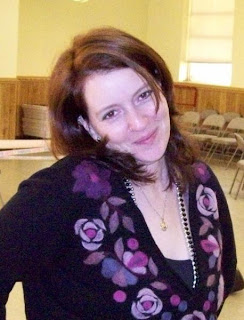 I realize my pink hat is my signature, but there exists at least one other good picture of me! My hair has been cut short, but I will have to work with wannabe to take the right shot!

I am celebrating because our Christmas is now officially done. I gave the kids options of me buying them stuff or gift cards and letting them do the choosing. They chose the cards, so the tree looked pitiful. Tonight; however, we braved the mart of wal and the children chose their gifts.

Wildman chose battle related theme items and of course a fake gun with a scope, gotta have a scope ya' know. We have had the discussion that he is in no way shape or form allowed to be military, but I would allow policeman/S.W.A.T. That was most important as they get the "sniper weapons mom!"

Lil' Gentleman didn't differ much, but he did increase the ram in his PC and bought a machine gun like Nerf gun. Seeing a pattern here? I am trying to think positive. Ya' know like boys have played cowboys and Indians since like uh, forevah. There is some program here that takes boys out to hunt, which would make me much happier as I'd prefer the weaponry be related to hunting and food gathering.

Wannabe' rockstar came out the best of course. I picked her up tentative outfits for roller derby and she got a pink acoustic guitar. She plays the viola with natural skill, but we will see if the school will allow her to take guitar lessons there as well. She was planning on the piano, but maybe we can beg. She has also played the violin as she regularly forgot to take the viola to school.

I'm quite sure there are on-line guitar lessons, but we will push for the school!

I gifted myself with a shower curtain, bath mat and rug. whoooo hooooo! Livin' dangerous eh? Actually after falling sideways out of the tub on moving day, this is living life safer. It's such a bummer growing old and being the parent!
Posted by jojo at 6:34 PM

Cute snap, you have a wonderful smile.

Glad you and yours had a fun Christmas. My kids both love getting cash cards too. As they got older and harder to decipher what they wanted, it was much easier.

Thank you! I see it more as a grin! ;)! They really enjoyed the cards and even for my youngest, I think it's a valuable banking lesson.

You sure are Purdy...DAMN Purdy!!!

Thank ya' Blase, I can hear your N.C. accent and it makes me yearn for home! (va) Maybe one day one of these here westerners will figure that out too?