A chore or a bunch of fun? 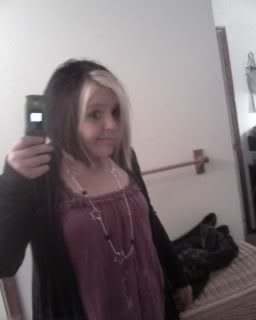 Last week I finally received a goodly amount of back owed child support. We definitely need the money now as my husband just lost his job. Despite all of that I decided that no matter what the kids needed some things. Both of the boyz shoes had holes in them and were falling apart. I hadn't bought any of the children new clothes in about a year. While living with my parents, we were given many garbage bags full of hand-me-downs. I am so not above it! Plus, a lot of the parents had really good taste.

So, off we went. We first went out to a "close out club" sale. It turned out to be a fairly large flea market with a considerable door fee. We did manage to use the savings and both boyz got two pairs of shoes for the price of one on sale pair.

We then went to J.C. Penny's. No one was all that excited, but they tend to run fairly good sales. I sent Wannabe over to look in the girls section to look and the real struggle started. I have used this store in the past as they have a somewhat decent selection in the girls plus sizes. Wannabe hates shopping because she is not so easy to dress. Not only is she heavy, but she has a strange figure. She carries most of her weight in a pot belly feature. I can tell you without a doubt most of the "cool" clothes right now require a tiny frame.

I also dislike shopping now as I have gained weight and I keep telling myself that I will buy clothing after I have lost 20 lbs. I can only image what she was feeling as she wants to feel and look cool. I did persist and in the end she now has quite a collection of emo/goth clothing. Black and this season's bright plum prevailed.

We did a little better at Old Navy. There clothing now runs a little bigger and some items are cut with actual thought to the human and female body. My favorite of the day was a ruffled trapeze tank. It flattered her figure so I bought several colors. I also bought a long open cardigan seen above and paired it with a necklace as seen above.

I know this isn't a mom blog, but I feel very mom as I was able to dress my daughter well and with style.It was a chore and it is discouraging at times to see her try and not be able to wear the things she wants to, but in the end persistence paid off and I hope that she is learning how to dress her body as that is something we must all learn to do.
Posted by jojo at 2:39 PM

My daughter is hard to dress too. She's tall so many of the pants and skirts are too short to start with. She's on the thin side, but wants to wear clothing that is way too tight. It is hard to show these young girls how to dress both appropriately for their age and for their body type.

Sounds like you all had a very successful shopping adventure.